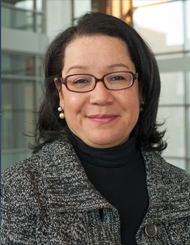 “We’re actively involved in communication strategies to ensure that information about FDA-regulated products is getting to minority communities, including those with limited English proficiency,” says Jonca Bull, MD, director of FDA’s Office of Minority Health.

Dr. Fabian Sandoval, whose Washington, D.C.-area practice includes a large portion of Hispanic and African-American patients, says efforts like the FDA’s are a good start, but aren’t enough on their own. “Federal backing is incredibly important,” he says, “but we need more funding and someone has to step forward to be the steward of those funds.”

However, that effort cannot come directly and overtly from the pharmaceutical industry, Sandoval believes, because of the perception that it is “just trying to push drugs. It can’t be someone like Pfizer alone.” Pfizer’s efforts are collected in a Supplier Diversity Program. Pharmaceutical Research and Manufacturers Association’s (PhRMA’s) “I’m In” campaign is also working to increase minority subject recruitment.

“This effort can’t be done one-on-one,” Sandoval says. Instead, it must be on a larger national scale akin to First Lady Nancy Reagan’s “Just Say No” campaign in the 1980s aimed at educating the public about the dangers of illegal drug use.

Sandoval also stresses that a “one size fits all” approach won’t do much to advance subject diversity in clinical trials.

For example, the immigrant Hispanic population tends to be unaware of clinical trials and reacts with skepticism when told they will get free drugs and even be paid to participate. “They think it is too good to be true,” Sandoval said. In that instance, it is critical to explain to potential subjects how their contributions will advance medical science. “They need to understand they could be helping themselves, or someone like them, or even their children,” Sandoval adds.

The hurdles are significant, FDA and others allow. For example, there is a distrust among some minorities based on past abuses. An infamous example are the Tuskegee experiments, in which health officials recruited poor black sharecroppers to study the natural progress of syphilis without informing them they had the disease or offering the penicillin that could have cured them, Bull notes.

Bull also points out practical issues that need to be addressed. “Lower income people may have transportation problems and less flexible jobs,” she says. “There are concerns that commercial clinical trial sponsors don’t work aggressively to recruit minorities because of the perception that special needs will slow down recruitment and participation.”

Be A Part of ACRP’s Global Community