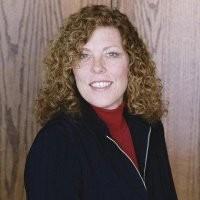 I started in clinical research in 1995.  I was working in an emergency department at the time and decided that I wanted a second job outside of the public health care environment.  As a result, a friend suggested I take a job at a research clinic in Toronto.  I began working as a study nurse.  At first I didn’t understand what we were doing.  I mean I knew we were giving investigational drugs to study subjects to prove they were safe and effective, but I didn’t understand the industry.  To be honest, I had no idea there were regulations that governed the work we did.  I also had a bit of difficulty, well maybe more than a bit, with understanding the importance of the work we were doing.  I was used to saving people’s lives, this was nothing compared to the ER and ICU nursing I had done for years and it certainly didn’t seem as important.  What was the big deal?  The fact that everything was so timed, so regimented, so documented was foreign to me and I had difficulty embracing the work…don’t get me wrong, I did the study activities as required in the protocol and I adhered to the time requirements and documentation requirements, but without an understanding of why I was doing it.

After approximately a year of working in research I was blessed with a new clinic director.  A director that did know the industry and she opened my eyes to the world of clinical research.  I learned there were regulations and guidance documents that provided the necessary regulatory framework in which we worked.  Recognizing where we had gone wrong previously and what lead to the regulatory rigor that went into drug approval meant that I had a very important role to play in ensuring these studies were done ethically, rigorously and with integrity.  All of a sudden the job I was doing took on new meaning.  It was potentially lifesaving and definitely was life altering work.  It was just as important as the work I did at the hospital.

I was hooked!  I read absolutely everything I could get my hands on…FDA regulations, Health Canada regulations and guidance documents…I was in heaven.  Finally everything came together.  I understood the importance of the work we were doing day in and day out.  I knew that our job was just as important as the work I did at the hospital and I knew I had a critical role to play in ensuring that work was done ethically, responsibly and with scientific rigor.  It was a responsibility that I embraced whole-heartedly.

Soon I was writing all the SOPs for our research facility.  I moved into a full-time CRC role and transferred my status at the hospital to casual part-time.  I began taking more responsibility in the unit and then my boss changed my life forever…she introduced me to ACRP.  I became an ACRP member in 1997 and have benefited from my membership ever since.  I became a certified clinical research coordinator in 1999 and have maintained my certification since.  I have been an active volunteer in ACRP since 2000, first as an item writer, then as a member of my local chapter as a member of the brand new education committee.  I served as president of the Canadian Chapter and began to volunteer on numerous ACRP committees and finally on the board of trustees of ACRP.  My service as a volunteer ended in August of this year when I had to resign from my volunteer activities to take this position with ACRP.

Words cannot express how excited I am to be working at ACRP.  I liken it to getting that new clinic director who introduced me to the industry…I feel I’m on the brink of something amazing, something bigger than I am as an individual and I can’t wait to undertake this new and exciting chapter in my life.

I look forward to sharing this ride with you, fellow ACRP members, as we embark on a journey together.  One where we actually get to shape the future of clinical research and make the quest for ethical conduct, responsible and scientifically sound clinical research a reality.

Be A Part of ACRP’s Global Community